What are your SHARK SHERO Stories? 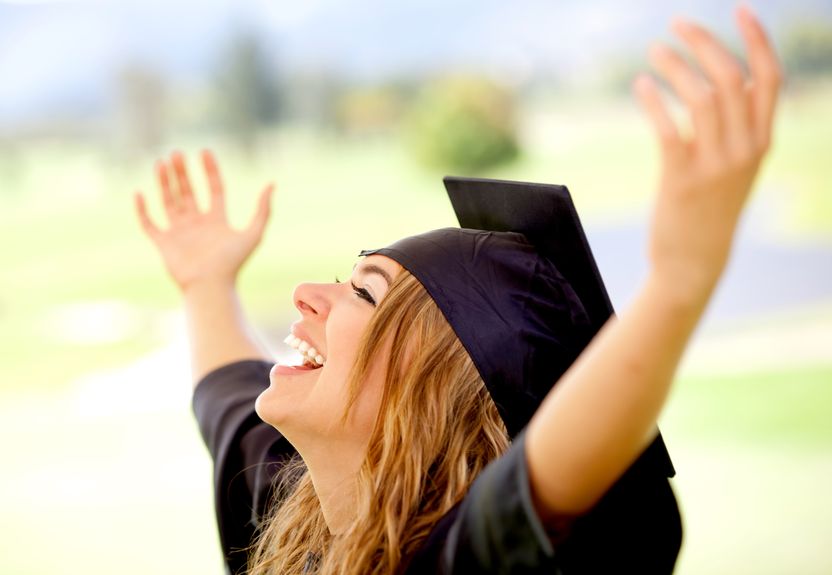 This story is 5 years old, yet it rings true today! Cara STILL has her degree and her education, and still inspires others with her story.

A college degree is one of the best gifts you’ll ever give yourself. It’s deliciously something you do for you and only you. It can’t be transferred, stollen or lost. If there is one piece of advice I give to women of any age, it is, “Get your degree.”

Ok, so I’m sounding dogmatic. Think of my words as a little terrier who grabs your skirt hem and won’t let go until you hear the truth, or my opinion. Gee, is there a difference? I know you’ve heard  about people who brag, “I make a million dollars a year and never attended school.” I think that’s great for them, and then there’s the rest of us.

I’d like you to meet Cara who has an amazing story.  Cara Czarnecki is a leader in the Irish Network Phoenix. I knew her by her enthusiasm for the mission of the group, but during a conservation over coffee, she casually mentioned that in a week, she’d be earning her bachelors degree. Most would call her an non-traditional student, but I see her as an amazing woman with an inspiring educational story to tell. You’ll have to read it for yourself.

I’M DONE! I have just completed a 28 year journey. In 1988 I graduated from high school in Arizona which is where this journey began. I was awarded a scholarship for a private all-girl’s school in Missouri. I lasted one semester there, then wanted to move back to Arizona.

In the course of this college journey I have attended five colleges in three states and two countries. I’ve been through the death of family members, had babies, survived deployments, marriage and divorce.

I have raised a family, supported a husband in the Military, had several jobs and LOTS of volunteer hours with the Boy Scouts, Girl Scouts, a playhouse in Germany, classrooms and Military organizations. I even survived a real estate market crash. I moved 12 times in 10 years and lived in three different countries during this time. Just reading all of that makes me tired.

I took classes when life, time and money allowed, and sometimes that meant 10 years between classes. I remember a time when I lived in Germany and my (then) husband had just been deployed to Iraq for a minimum of a year. I was sitting at the desk in the living room working on a 25 page paper that was due the next day.
I had already put my son to bed, when I heard him call from his room, “Mom, can you come snuggle with me?” Before I could even answer he followed that up with, “Oh…that’s right…you have homework.”

I felt like my heart was being ripped out of my chest. I knew I would be up all night as it was and had to be up in the morning to take my kids to school, but how could I resist? My son needed me. So I responded, “Of course I can snuggle. I’ll be right there.”

So many times I wondered if my journey was worth it. Does a degree really matter? Is it just a piece of paper? I felt like my life’s experiences taught me more than any book ever could, and I considered myself a highly educated, well-read, and well-traveled woman.

Then, last year, a friend told me about a job that was a perfect fit for me. I updated my resume and filled out the application. In the application directions, the instructions were to only list the school if a degree or certificate had been received. I realized that no matter how I viewed myself, this company, and the “world,” saw me as a 45 year old high school graduate.

Statistics state that being unable to balance school, job and family is one of the top reasons for dropping out of school. Statistics also state that 70% of Americans will study at a 4-year college but less than 2/3 of those will graduate. I did not want to be a statistic and I wanted my diploma to accurately reflect who I am.

That was motivation enough to finish this journey. I had enough credits for two degrees but lacked the last few required classes to allow me to get that coveted piece of paper.

Cara deserves a standing ovation for the perseverance she has developed! No matter what else she does in her life, she can look proudly at her degree and know that she is a woman who has “finish-itive.” This confidence will serve her well wherever she goes.

There’s an old saying, “Education is wasted on the young.” However, it’s so much easier to study and to focus on classes, before one’s attention is divided between the responsibilities of children, husbands, and the other realities of being an adult.

At any age, you win! Getting a degree does not make you smarter, yet it has the power to open doors that were previously closed to you. The confidence gained from finishing, of saying I’m done—is like no other!

May your self-trust build confidence,
Jan